AP Racing required a new type of Dynamometer which could match the high speed and acceleration rates achieved by Formula 1 cars. Also of importance was a design which could carry out these tests within the actual sections of car’s standard wheel and suspension assembly, mimicking the airflow through ducting and around the brake.

About AP Racing
For over 30 years AP Racing has been a World Leader in the Technology and Manufacture of Brake Calipers and race clutches.

System Requirements
Building off the current Dynamometer it was concluded that a unique new Dynamometer would be a distinct advantage if it had the following capabilities:

Because of AP Racings’ strong design capabilities it was decided that the rig would be built in-house which would provide cost benefits and absolute control on the system capabilities.

For the software and electronics control system Computer Controlled Solutions were selected based on their experience in this field and the number of successful test machines previously provided and maintained for AP Racing.

About CCS
Computer Controlled Solutions was formed in 1994 and has produced many complex test, control and acquisition systems for industry. An alliance member of National Instruments since 1994 with two certified LabView developers, predominantly providing advanced LabView solutions based around National Instruments hardware.

The system was based around an Industrial Pentium 4 HT 3.2GHz with 1Gb RAM and the following acquisition/control cards:

These were wired via various rack based signal conditioning to control and measure the following:

The software was written completely within LabView.

Main design elements were as follows: 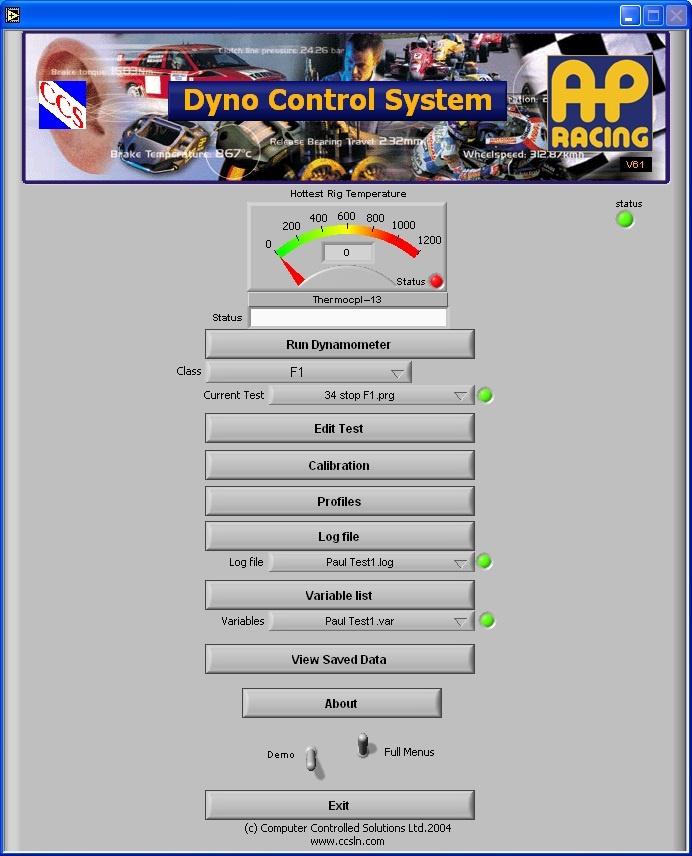 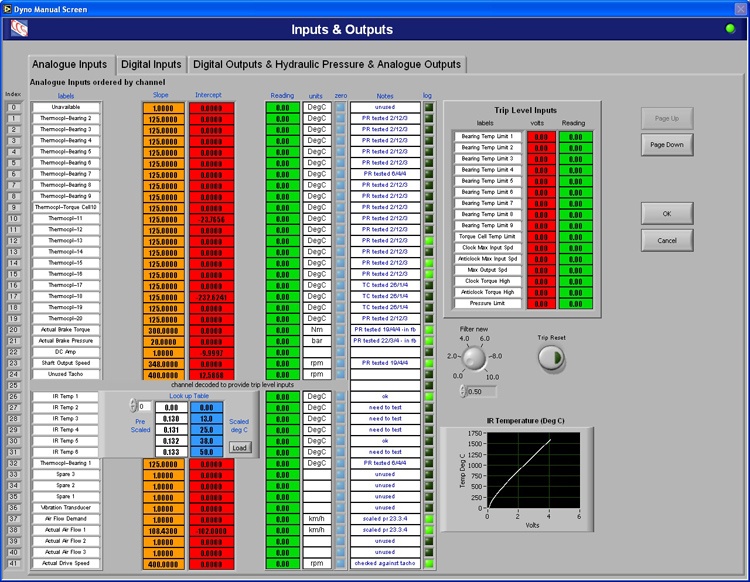 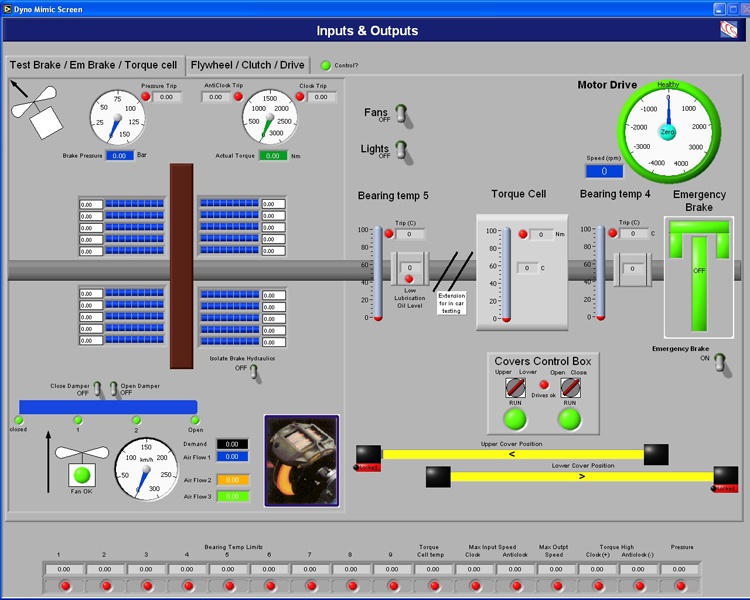 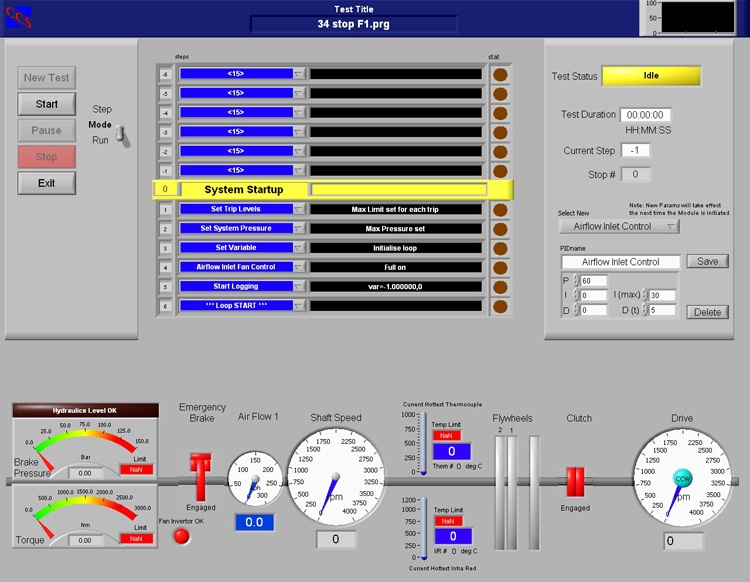 Using The Latest Version of LabView and the DAQmx Controls

During final development of the system National Instruments released LabView 7.1 and DAQmx. After investigating the software we decided to upgrade to this latest system which provided the following key benefits:

There are various servo control cards with analogue or DSP solutions for this application. However, we found the National Instruments quad axis motion controller suited this system best for the following reasons:

Note: Since implementation the NI FPGA cards have been introduced which would also have been ideal for this application.

The system is now running successfully, testing all ranges of motorsport brakes and calipers both for AP Racing development and Formula 1 teams.

Completion of this project has resulted in a unique and advanced method of brake testing. It’s ability to carry out full dynamometer brake testing within a section of the car has allowed an unparalleled source of data to be acquired and analysed thus feeding back accurate data to assist in optimum brake design.

Using LabView and associated hardware has resulted in a stable system achieving complex control and maintaining ease of use for the operator. We are also looking into implementation of a vision system which will provide a data embedded video file.

Paul Riley is the MD and software engineer of Computer Controlled Solutions Limited who have been alliance members with National Instruments since 1994. He has an extensive physics/electronics/computing background applied to test and production machine control and data acquisition.